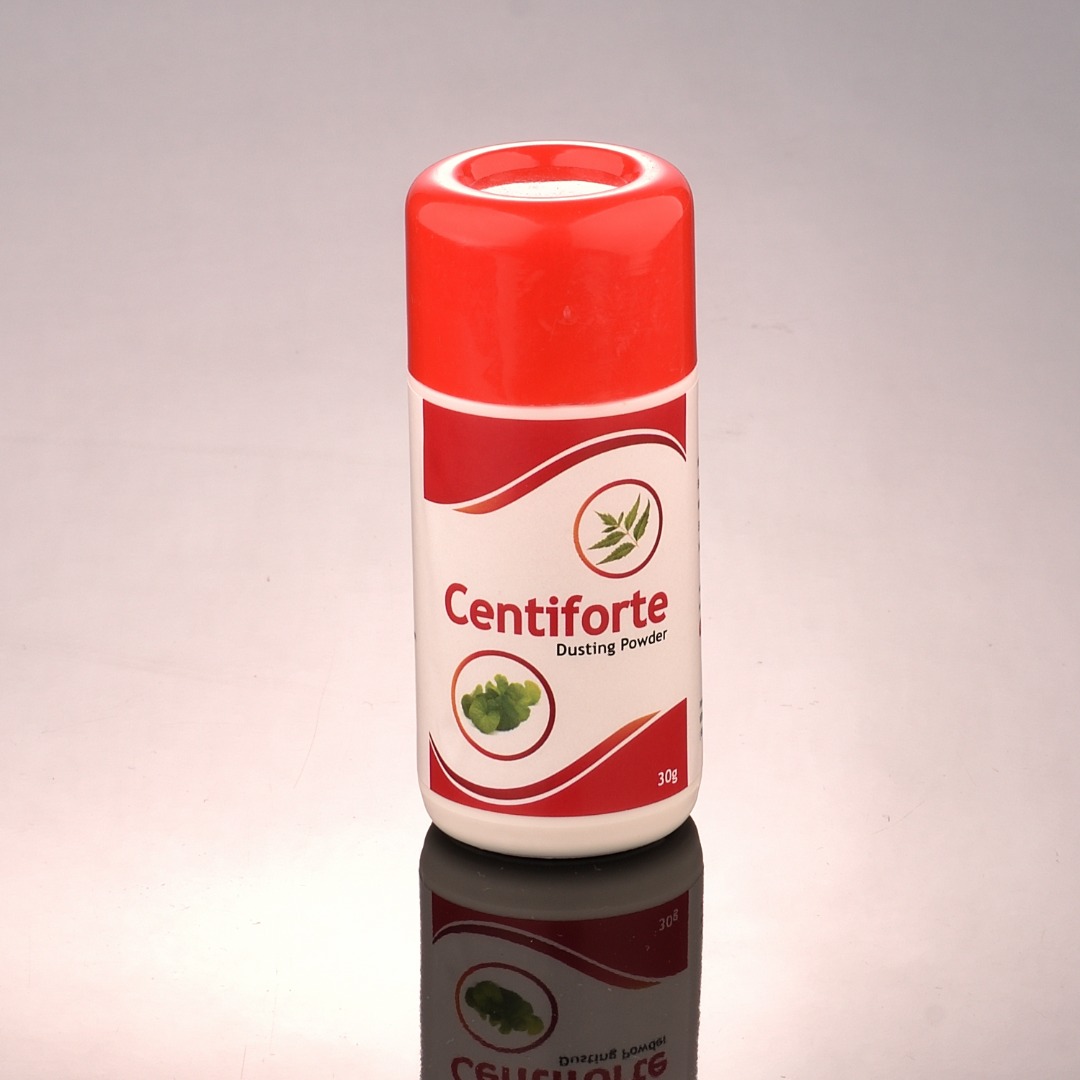 Effective Antifungal against Human Dermatophytes.
The anti dermatophyic activity of the aqueous and ethanolic extract of Neem (Azadirachta indica) leaves was investigated against 88 clinical isolates of dermatophytes by agar dilution. The isolates included Microsporum canis, M. audouini , Trichophyton rubrum, T. mentograophytes, T. Violaceum, T. simili, T. verrucosum, T. soudanense, T. Erinacei and Epidermophyton floccosum. The results were compared with the minimal inhibitory concentrations of Ketoconazole. The ethanolic extract (of Neem leaves) was found to be more active, inhibiting 90% (MIC 90) of isolates at a concentration of 100µg/ml. The MIC 50s and MIC 90s of the aqueous extract were500 and > 500 µg/ml whereas the values for ketoconazole were 1 and 2.5 µg/ml respectively.
-Indian J of Pharmacol 1994

Study was conducted to evaluate the effect of aqueous, ethanolic and ethyl acetate extracts from neem leaves on growth of some human pathogens: Aspergillus flavus, Aspergillus fumigates, Aspergillus niger, Aspergillus terreus, Candida albicans and Microsporus gypseum, invitro. Different concentrations (5,10,15 and 20%) prepared from these extracts inhibited the growth of these pathogens and the effect gradually increased with concentration.
-Brazilian Journal of Microbiology (2011) 42:1007-1016

Promotes wound healing and protects skin health
The Centella Asistica extracts (CAE) have been used traditionally for wound healing and the research has been increasingly supportive for these claims. A preclinical study reported that various formulations (ointment, cream, and gel) of an aqueous CAE applied to open wounds in rats (3 times daily for 24 days) resulted in increased cellular proliferation and collagen synthesis at the wound site, as shown by an increase in collagen content and tensile strength. The authors found that the CAE-treated wounds epithelialized faster and the rate of wound contraction was higher when compared to the untreated control wounds. Both in vivo clinical studies and human monolayer cell culture experiments have concluded that asiatic acid influences collagen synthesis. The selective action of the local application of triterpenoid fraction of CAE for wound healing and emphasized the role of asiaticoside in the increased levels of antioxidants (enzymatic and nonenzymatic), which were also implied for the accelerated wound healing. It is now known that angiogenesis plays an important role in wound healing since the newly formed blood vessels help the hypoxic wounds to attain normoxic conditions. Asiaticoside prompted angiogenesis in both in vivo and in vitro models.
-Indian J of Pharm Sci. 2010 Sep-Oct; 72(5): 546–556.